The AV: The Place to Be 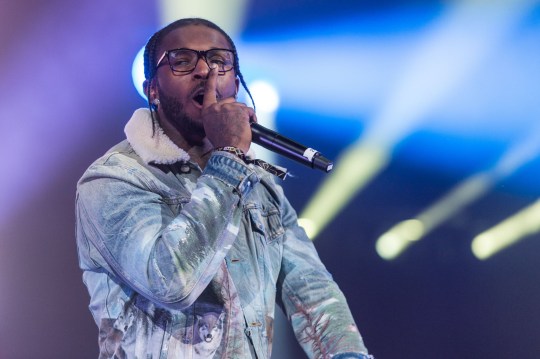 Pop Smoke, a rising New York rapper known for his song “Welcome to the Party,” died at age 20, his record label confirmed.

“We are devastated by the unexpected and tragic loss of Pop Smoke,” Republic Records said in a statement Wednesday. “Our prayers and thoughts go out to his family, friends and fans, as we mourn this loss together.”

Pop Smoke, born Bashar Barakah Jackson, released his “Meet the Woo 2” mixtape this month. His death comes days after his latest release scored him his first top 10 spot on the Billboard charts.
He collaborated with artists including Travis Scott, H.E.R., Quavo and fellow New York rapper A Boogie wit da Hoodie. The rapper was scheduled to perform at the Rolling Loud music festival in Miami this year.

Pop Smoke was killed in a home invasion involving 2 masked men. It all took place at his Hollywood Hills home. The 2 robbers broke into his house and critically shot the 20 year old rapper. It has not been revealed what they were after but one can assume it was precious jewelry or money. They quickly fled the scene after the shooting occurred. The investigation is still underway, with hopes to catch the men responsible.

Tremendous support comes in from celebrities as the young star had just gotten his start with a career that was sure to be successful.

No such thing as success with out jealousy, treachery comes from those who are close. R.i.P pic.twitter.com/OZxKtpPZog— 50cent (@50cent) February 19, 2020

Many expressed their shock at Pop Smoke’s sudden death and offered condolences to his loved ones.

“Rest Up Pop Smoke, you were too young,” Chance the Rapper wrote. “God Bless and comfort to your family. What a crazy trajectory you were on man.”

“The Bible tells us that jealousy is as cruel as the grave,” Minaj said on Instagram. “Unbelievable. Rest In Peace, Pop.”

For everyone out there in the music communities, this death just adds to the already long list of beloved artists to pass away within the last few years.